History of the Club

Situated on 362 acres of land between Lodi and Harmony Grove, the property owned by the Winnequah Gun Club has long been used as a firing range. The large hill on the west end of the property provides an ideal backstop, and early club members have indicated that at least one Civil War unit camped and trained at the site before marching off to Camp Randall.

Club records tell us that organized civilian shooting began in 1919 with the installation of target frames on the range. Formed by a membership including returning WWI veterans and at least one Spanish American War veteran, the Lodi Rifle Club was issued surplus rifles and ammunition by the Director of Civilian Marksmanship of the War Department. Club members practiced at the range, and matches were held throughout the 1920’s and 1930’s. The emergency of World War II, however, caused the government to recall these surplus rifles, and the Lodi Rifle Club disbanded due to an absence of members for the duration of WWII.

Comprised in part by returning veterans from WWII, the Winnequah Gun Club was formed in 1948 and soon began to purchase land. Early aerial photographs show that this land consisted of a substantial amount of bare sand known locally as “sand blows.” Over the years, the club has planted more than 150,000 trees to preserve the topsoil and act as a noise barrier.

Except for the brief respite during WWII, pistol and rifle matches have been held continuously on the property from the early 1920’s to this date. Every year matches are held drawing competitors from around the country and around the world. In the past, army reserve and National Guard units have drilled on the range. Army marksmanship teams and individual team members continue to compete in matches here. And local police and at least one SWAT team currently train on range facilities. 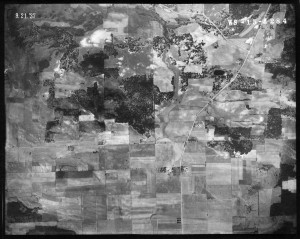