3-Gun, or Multi-gun, is an action shooting sport that typically involves a rifle, a pistol, and a shotgun in a course of fire that often involves all 3 guns and transitions between them. 3-gun is the fastest growing shooting sport in the U.S. with local club matches at the heart if its growth! A combination of speed & accuracy, 3-gun will challenge the most skilled shooters as it is dependent not only upon skill when shooting, but movement and transitions between targets, all while emphasizing safety as the most important factor.

Having fun & being safe are the two most important aspects to a successful match, but a few things listed below will ensure a solid performance.

What do I need to shoot a match?

First and foremost, all matches require appropriate eye and hearing protection to be used throughout the course of the match. You can always borrow equipment if you come up lacking shell caddies or magazines.

Dependent upon what division you’d like to shoot, your equipment will vary, but in general you’ll need the following:

When do we shoot?

Matches are held on Sundays – registration will start at 8am and rounds will go downrange at 9am.

What NOT To Do 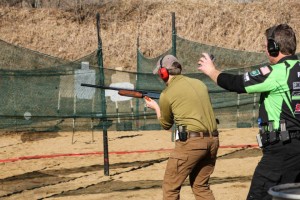 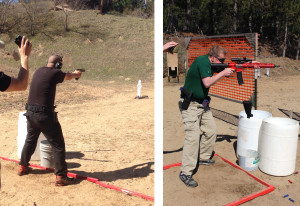